Tomorrow is Indie Author Day and I’m thrilled to be representin’ at the Dublin Public Library!

Indie publishing allows for maximum creativity, and I love every aspect of book-making! I have been publishing independently since my cartoon collection, Inside the Mills Revolution, won the 1990 Bay Guardian Cartoon Contest AND was banned from the campus library! This work is the highlight of my acclaimed 2010 memoir, Perfectly Revolting: My Glamorous Cartooning Career, which I chose to publish independently because of its unique shape and the event for which I created it: the 20th Anniversary of the historic Mills Student Strike.

I independently published my second memoir, The Reason She Left, both to match my first book and because the artwork would have been very difficult for any other publisher to reproduce within their format. Both of these books were published under the imprint Little Pig Productions. 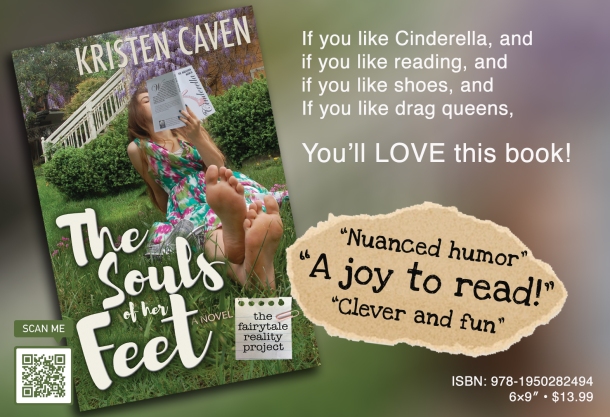 The Souls of Her Feet was originally written as a perk for my fundraiser for the musical of the same name. The musical never made it to stage, but the story is alive and well in book form! I expect to independently publish both sequels in the Fairytale Reality Project (Mirror Imag(in)e and The Number the Beast) via Uplift Press.

The Vesuvian Affair (Mystic Editions) was also produced for an event. It had a limited edition print run, which may not “count” for some publishers. I still hope to sell the story to a sci fi or paranormal or literary magazine.

Along the way, I’ve published plenty of fun “little things” like the Sammy Sperm & Emily Egg paper dolls, poems, and crafty shorts. I have and am hoping to publish many other books through traditional publishing avenues. I love indie publishing, but publishing is a “whole ‘nother” job! I’d rather be writing!

over yonder at Generous Muse...